The Politics of Larp

Larping is a great hobby and pastime. It is a way to grow together and learn new forms of experience. We are able to see things from different perspectives and are able to judge others in a way that is socially acceptable while still being able to achieve ideological victory through feaux-violence. It is not, however, without its drawbacks and the biggest of all is political. When I say this, I’m not talking about real politics, but the threat of in-game politics being too equal a mirror for ideologies. This can be done to great effect for characterization purposes, but how far is too far? At what point does acting like a monster, even in spirit, makes you  a monster?

As loyal fans of the Larpworks LARP game “Larpworks Presents: Mordavia” already know, we are no strangers to dark, serious subjects of human nature. Slavery, violence, religious extremism, and other adult themes are used heavily in stories. There are deep rooted histories of hate and bigotry within the races and regions of the story. One event was marred by the horrid realization that those with power will stop at nothing to achieve their ends. A religious group called “The Order” martyred a peaceful being who was simply born a “Banshee”, a supposed evil half-spirit creature. The town attempted to defend the person, but at the threat of losing their own lives, power, or political favor they chose to allow the order to publicly execute a professed healer and good person. Some saw “The Order” as monsters, others saw them as saviors but all who witnessed that day remembered he who gave his life for being who he was. 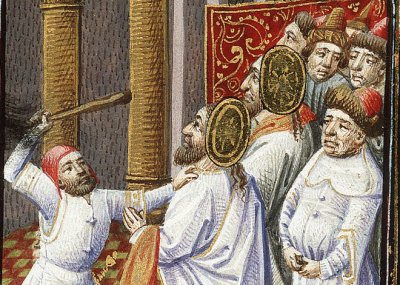 Politics like this can make people angry both in play and out of play. We agree to leave it on the site when we leave, but sometimes we are left with a feeling that we could have done more. It is this feeling of loss that many people express in the past election for the United States. Just like our game, however, we have another chance. Another chance to get your makeup and costume just right. Another chance to show people how you feel and fight those who oppress those values. Another chance to be heroes. That is the chance that we have in America and in Larp and we must take them when we can. Leave it on the field and know that even if you lose, you fought and died with honor. It is no mistake that I write this on Veteran’s Day, a day when we honor so many who have fought and died for our country to give us the freedom to run in the woods and pretend to be fantasy characters.

So whether you’re at a larp event or talking to others at home, just remember. There are friends, there are allies, there are saviors, but there are also misanthropes, enemies, and villains. Knowing which one is which is an important choice that only you can make. Your values are the ones that matter, and your voice should be heard. Just not… all the time. Knowing when to speak is sometimes more important than knowing what to say. Learn when it is appropriate for people to hear your opinions and accept them, and find those who are interested in and share similar opinions. Listen to the other side and learn what they say about your values and ideals. Sometimes our greatest enemies are just our misunderstood allies.

However, the politics of larp extend beyond these few examples. There are greater politics at play that involve real-world politics and we must address those if we are to continue playing our game. The nature of larp is one of personal expression, and so with that expression there are few standardized rules and practices in place. Some larps don’t allow “touching”, which personally, I think is ridiculous. Touching another human being is completely natural and as long as the personal boundaries of the person aren’t infringed, then there’s no harm. The big argument that gets thrown around is about harassment and touching somehow gets roped into that sphere and somewhere along the line got thrown out. I can see its use for games that involve children, but here at Larpworks we make Larp games for Larping adults and we expect our community to act as such. We take reports of harassment very seriously and handle all situations appropriately as they arise.

Not everyone will agree with me about this rule, but that is their right both as a citizen, a customer, and a larper. I think that is completely fair. We might even make a larp in the future that includes this rule, just not any we are currently running.

Another big political larp hot-button issue is the pay-to-win wealth factor in larps. We here at Larpworks are dedicated to making our games fair and balanced at all price levels and come from a background of experiencing pay-to-win scenarios in games. If you’re going to play a game, might as well make it exciting. There’s no excitement in a game where a person can just pay extra-ordinary amounts of money to receive power far beyond his fellow players. Somewhere along the line it stops being a game, and becomes a personal outcry for power through financial wealth. I view those people in the same realm as I view cheaters. They want something that will make them better than everyone else, and for very little effort. That is unacceptable to me and degrades the value of the game. Larpworks has stood by their strict standard of limitations on power and base their power levels around attending larp events. The people who put the most into the game, will and should always, get the most out of the game. Many have expressed understanding and thanks at this thought and its something we feel the larp community should embrace as a whole.

Politics isn’t going anywhere, and politics in larp doubly so. Still, that doesn’t mean we can’t be civil about our disagreements and engage one another in a loving, safe, and fun environment. Larp is a special kind of event where those attending get to, for the briefest of times, get to be free to be whoever they please free of real-world judgement and threats. It is a living game with people who are able to share incredible insights into fantastic and amazing characters with their own hopes, dreams, and aspirations. I look forward to a bright future for larping and those who take part in it. These people are the kindest, most sincere, and most generous people I have ever had the pleasure of meeting.